An appeal to the community

We are Justice for Ayyub, a coalition of students, organizers and concerned community members who
have been brought together around the mistreatment and racial profiling of Ayyub Abdul-Alim at the hands of the Springfield Police and the FBI. Ayyub was targeted to be an informant within his community. When he refused to do so he was set up through a paid informant, stopped and frisked, and planted with a weapon for which he now faces 15 years in prison. Here we recognize a disturbing pattern of Islamophobia seen across the country. Our Muslim sisters and brothers are being made scapegoats to justify a militarized police force at home and imperialist wars abroad. Ayyub’s trial is set to being February 18, 2014 – over two years since his December 2011 arrest. Recently the community has come together around Ayyub’s case to pressure Judge John S. Ferrara to deny the use of the paid informant and stop and frisk in Ayyub’s case. Judge Ferrara upheld these actions. We disagree with this decision as it further institutionalizes racial profiling, pre-emptive prosecution with the use of paid informants and the use of illegal stop and searches.

In addition to this, the state has recently brought new charges on Ayyub concerning a duffle bag of guns and ammunition. A paid informant was used to link Ayyub to this bag. Unsurprisingly, no fingerprint or DNA evidence has been provided to connect Ayyub with these items. Furthermore, the bag was allegedly found nine days after Ayyub’s arrest in 2011. Yet, we only hear of this now, a few weeks before Ayyub’s trial is set to begin. We reject these new charges, seeing this as another red herring to trump up the case against Ayyub and distract people from the unjust behavior of the Springfield Police and FBI. In light of the police actions and the lack of evidence we demand that the court drop all charges against Ayyub and grant him the freedom he deserves and reparations for his time spent waiting for trial. This is a call to action and to say enough is enough. We will continue to hold actions at Ayyub’s court dates, reach out to more people and organizations and build a campaign to expose all the issues that his case brings to light. As we come from celebrating Martin Luther King Day, we invite all those who read or hear this to join our coalition and take part in what he called, “the long arch of justice.”

We also encourage supporters to help raise money for Ayyub’s bail at www.JusticeforAyyub.org/donate so Ayyub may be free during his trial and organize for his freedom. It was also Dr. King who said, “There comes a time when silence is betrayal.” No longer let your silence state complicity with injustice. This is the time to rise and demand freedom.

In peace and solidarity, Justice For Ayyub 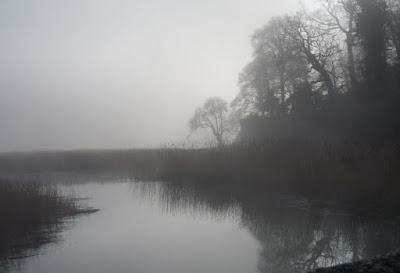